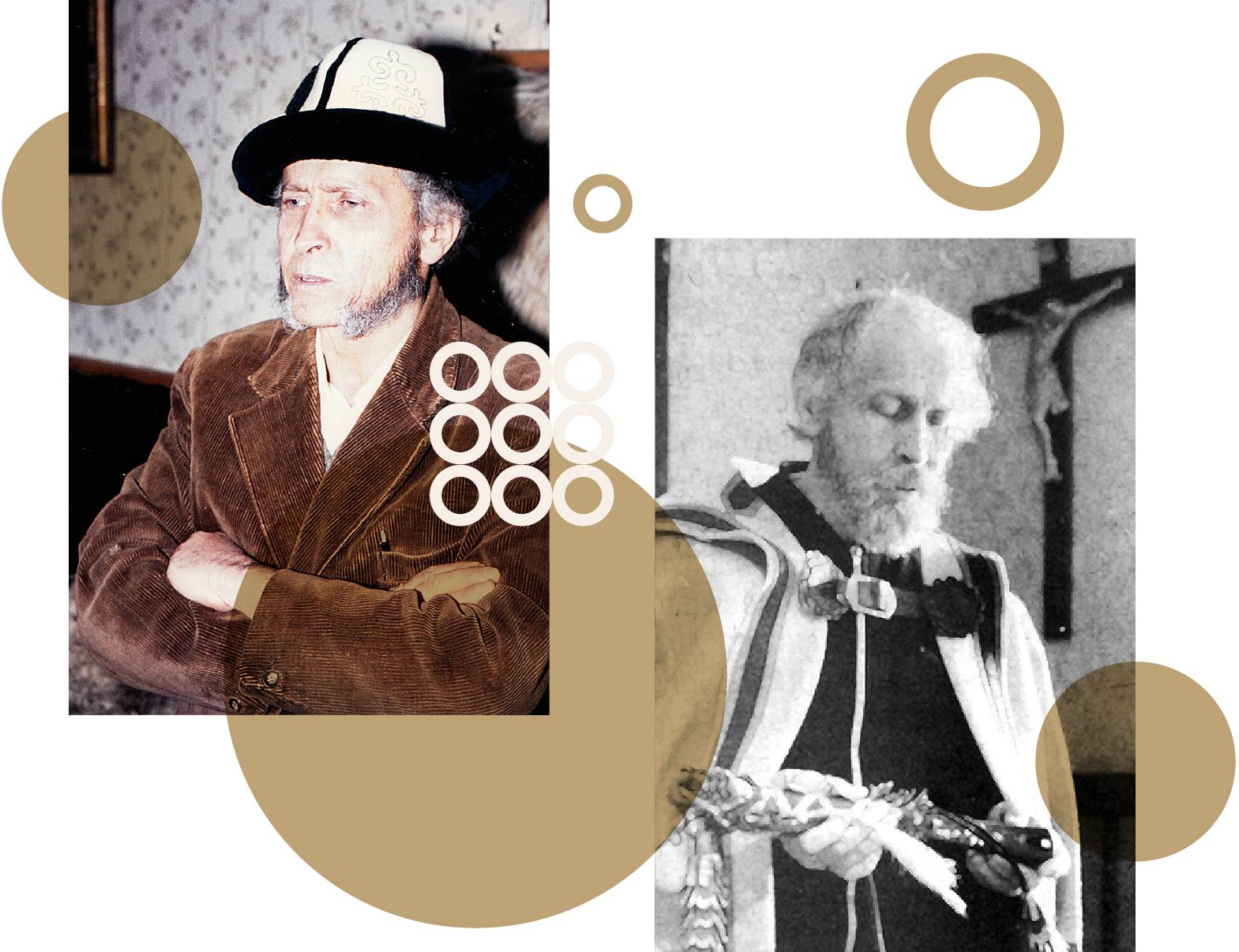 Artur Stockinger was born in 1926. He spent all his life in the hills of Tolna country, which determined his attraction and love for this part of the country. His childhood and youth were spent in the hamlet of Csurgó near Tevel. After his father’s death he managed the family’s land and when it was socialized in the communist, he attended the priests’ seminary in Győr. He was a chaplain in Újpetre and in Villány afterwards the parish priest of Nagydorog from 1974 until his death in 1994.

Nearly all the actions in Artur Stockinger’s life were determined by the pleasant experiences he had encountered as a child on the land among the farm labourers. He really enjoyed being in the fresh air near plants and animals. Therefore, whenever he could he took long walks in the country, both in the winter and in the summer.

An outlook on the world and the desire to meet people drove him to travel both in Hungary and abroad. He observed the characteristic features of different types of people almost as an anthropologist. He kept adding items to his folk wear collection on his travels. He inherited his sensitivity to culture from his parents, and his passion for collecting from his uncle, a former colonel in Bosnia. He was a constant researcher and analyst of both the past and the present. He tried to pass on his experience, observations and lessons of history to his followers and friends, as well as to young people surrounding him. His motto was: “I tried to serve my Lord, the Virgin Mary, my flock and my poor Hungarian nation.”

His collection of hats preserved with so much care is displayed in accordance with his wishes. The collection is not a scientific one but reflects the interests of a person open to the world, an amateur collector with good eyes. Its variety and colourful richness, however, serves Stockinger’s intention well – it entertains, reminds and teaches.

The display includes more than 150 hats, caps and costumes from several parts of the world – from Europe, the Middle East, Africa, Asia and from North America. Hungarian hats are represented among others by horse herdsmen’s hats from the Hortobágy, shepherds’ hats from Somogy country. Several characteristic costumes such as a broad sheepskin coat, an embroidered peasant cloak, Scottish kilt and a Turkish costume make the exhibition lively and colourful.